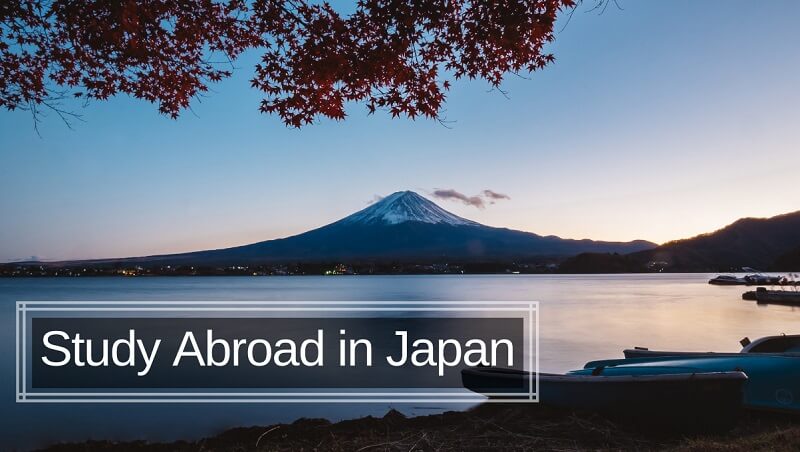 Studying overseas is one great chance for the student not only to broaden their understanding of the different cultures but also for the benefit of future career opportunities. There are many countries to choose from but why study abroad in Japan as their study abroad destination even it is a homogenous nation, let’s learn the reasons why.

The OECD ranks Japanese high school students number one in the world for math and number 2 for scientific literacy. Japan has the highest number of Nobel prize winners of any Asian country, and the second-highest of any country since 2000. Japan is a prosperous nation – the second largest economy in the world. Japan is amongst the most technologically advanced in the world and its manufacturing of electronics, appliances, and motor vehicles are quickly changing the world.

From a young age, Japanese children are held to high expectations, whether it be in their academics, appearance, or athleticism. They tend to be more fatalistic in their beliefs, meaning there is no room for mistakes because you do not get a second chance at something. This also means that Japanese people can be quick to judgment or grudge-holding. And there’s a lot of exciting things you will learn in Japan but let me show you first the reasons to study abroad in Japan. 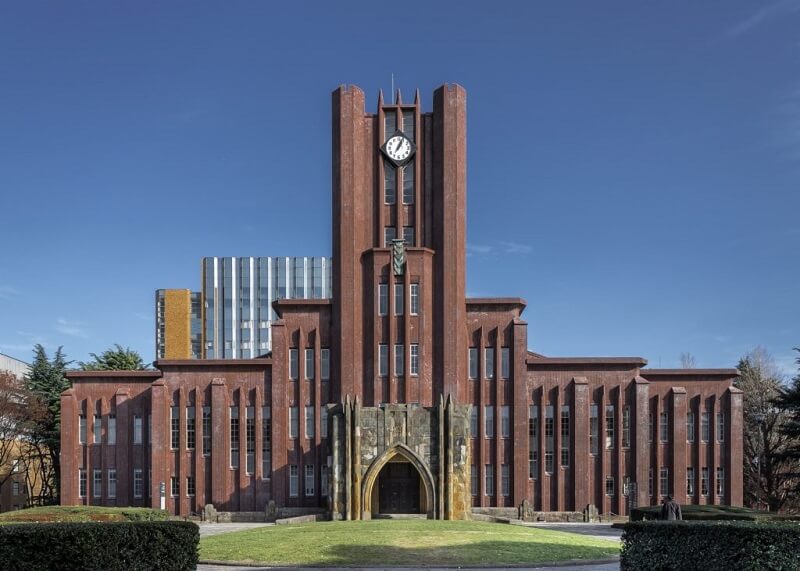 With an impressive 39 universities featured in the QS World University Rankings® 2016-2017, Japan is a leading destination for international study. Waseda University is ranked 201st in the world, and also features prominently in the QS World University Rankings by Subject 2016. Ranked among the global top 50 for modern languages, Waseda is also in the top 100 for sociology, politics, and international studies, and the top 200. Including business and management, law, economics, mechanical engineering, chemistry. Furthermore, Japan has over 700 universities, with 10 ranked in the top 200 worldwide.

4. Opportunity to Learn the Japanese Language 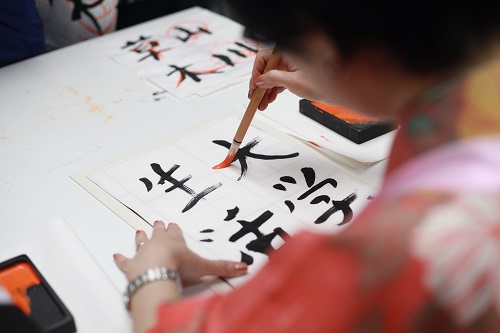 As a study abroad student in Japan, you will have the opportunity to learn or hone your Japanese language skills. If learning Japanese doesn’t expose you to enough linguistic challenges, you can find your way to parts of rural Japan where languages like Ryukyuan and Ainu are spoken but quickly disappearing. Why not study in Japan? You are sure to have a meaningful and satisfying adventure. Japan is a country whose modernity is consistently informed by its fascinating past. Whether you choose a short summer program, a semester, or a year-long program, study abroad in Japan offers homestays, cultural activities, and superior cross-cultural and language training, for a challenging, enriching, and fully immersive experience.

Japan regularly turns up on lists of the safest places to visit in the world. Japan is one of the safest countries in the world. Violent crime is rare, with Japan ranking last in the number of victims of crime per capita (nationmaster.com). The Japanese idea of ‘good for the group above good for the individual’ dictates their way of life and actions. They will always prioritize the group over themselves. For example: when employees go on vacation, they thank their co-workers for helping with their workload in their absence with words and small gifts. “Saving face” is very important and dictates many actions. Anything that might be construed as potentially confrontational, embarrassing, shameful, is avoided and motivates many Japanese to act in a way that will not result in these feelings.

The study in Japan can be a life-changing experience — a unique opportunity to develop or improve language skills, discover a fascinating and dynamic culture and learn new things about themselves. 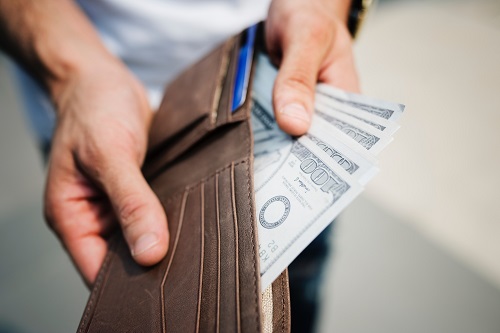 Tuition fees are comparatively cheap in Japan. While an “in a state” or “out-of-state” and international fees being several times higher in the US, tuition fees at Japanese public universities are a mere lower to almost 50%. Even at private universities, tuition fees in Japan are usually around US$12,000-18,000 per year – much lower than the international fees typically charged in countries such as the US and UK.  Furthermore, at Tsukuba, the regular entrance fees and first-semester tuition fees have been waived for undergraduate English program students. Partial and full tuition fees waivers are even possible for high achieving students from poorer backgrounds. Waseda University estimates annual living expenses for students in Tokyo at around US$15,000, including accommodation, food, utilities, books, mobile phone, and other costs. And more than half of international students at Waseda currently receive scholarships.

7. You are Truly in the Job Market 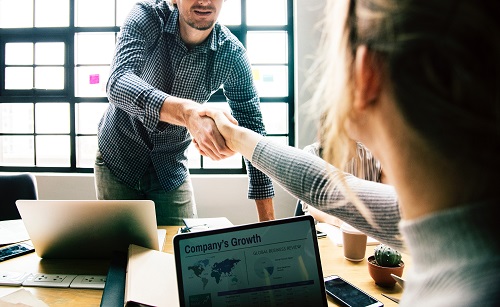 One of the first things you should know about Japan is that has a relatively homogeneous population. 98.5 percent of the people living in Japan come from Japan. To the aspiring ex-pat, this can only mean two things: that a culture shock is inevitable and that you’re almost guaranteed to struggle to find someone from another culture. Of course, Japan has 127 million inhabitants, so the 1.5 percent of foreigners that live here comes up to a total of almost two million people, most of which are based in Tokyo; the commercial center of the country.

While non-Japanese workers are at a premium in Japan due to the drive for a more diverse, global workforce, foreign candidates must still undergo the rigorous Japanese job search process, along with the etiquette that goes along with it. Studying abroad offers valuable experience with the customs and behaviors that open doors.

Japan is home to companies like Nintendo and Toyota and is leading the world in scientific and technological research. Its stock exchange and Japan Aerospace Exploration Agency are amongst the most prestigious and aggressive in the world.

After graduation you can utilize the following employment service centers:

8. The degree of satisfaction after studying abroad in Japan 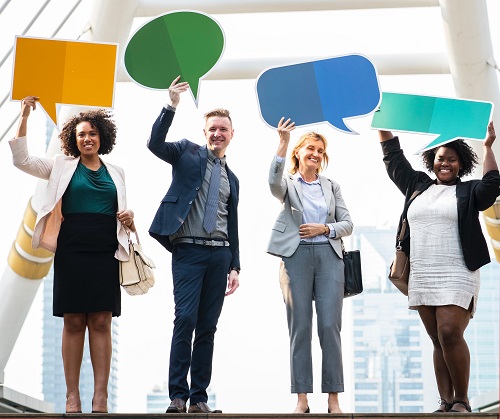 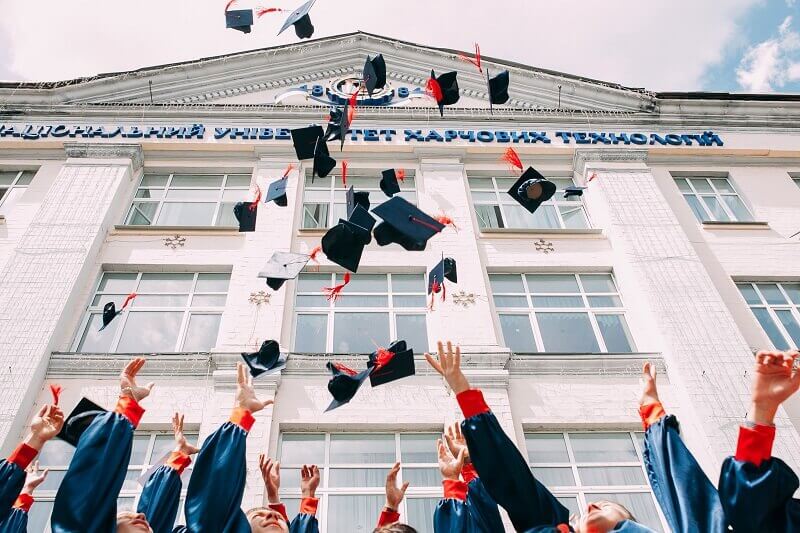 If you’re interested to apply one of the language schools or universities in Japan, please click the link below.

Application Process for School in Japan 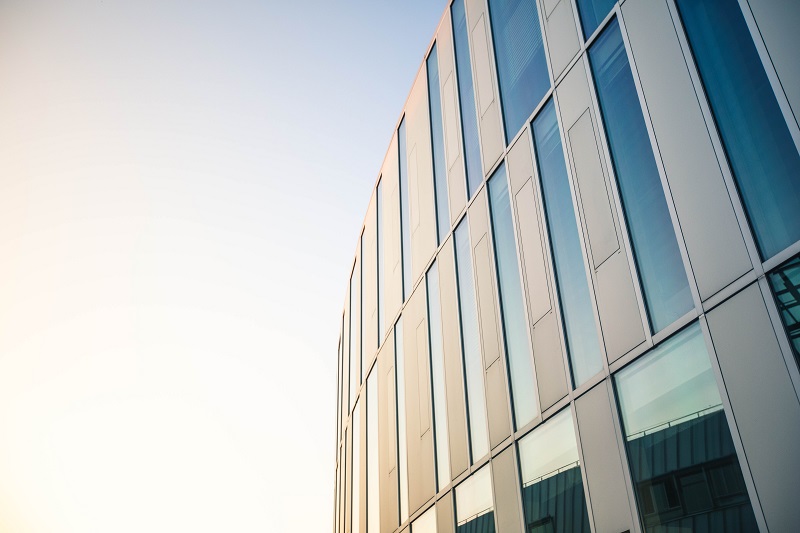 Kyoto University is spread across three campuses in Yoshida, Uji, and Katsura. It is one of Japan’s oldest universities and is consistently ranked highly in Asia. Kyoto has about 22,000 students, 10 faculties, 19 graduate schools, 13 research institutes, and 21 research and educational centers. The university was initially made up of colleges in law, medicine, letters, and science and engineering.

The University of Tokyo became the first national university in Japan when it was established in 1877. It provides courses across the academic spectrum and currently has 10 faculties, 15 graduate schools, 11 affiliated research institutes (including the Research Center for Advanced Science and Technology), 13 university-wide centers, three libraries, and two institutes for advanced study. The university has a slightly unusual course structure in that students follow a liberal arts education at one campus during their first two years before transferring to another campus to study their chosen topic.

Tokyo Institute of Technology With a history spanning more than 130 years, the Tokyo Institute of Technology is one of the country’s leading institutions for science and technology. It is the only university outside the National Seven Universities group to feature in the top five of the rankings. The university has a relatively small student body with under 10,000 students.

Kyushu University is a new entry in this year’s top five, moving up two places from last year’s number seven spot. The university has international students drawn from all over the world including Europe, the Middle East, Africa, Oceania, North America, and Asia. The number of international students continues to rise year on year. There are 7.5 million items in the Kyushu University Museum including documents, animals, archaeological artifacts, and an insect collection of more than 4 million specimens.

List of Our Partner Japanese Language Schools in Japan 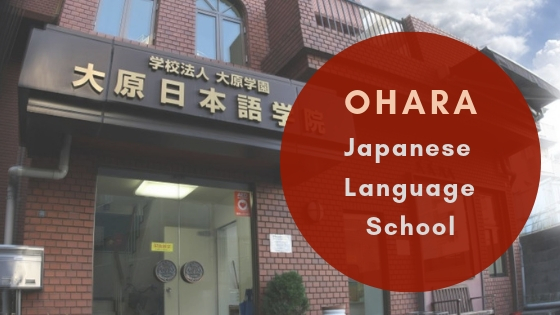 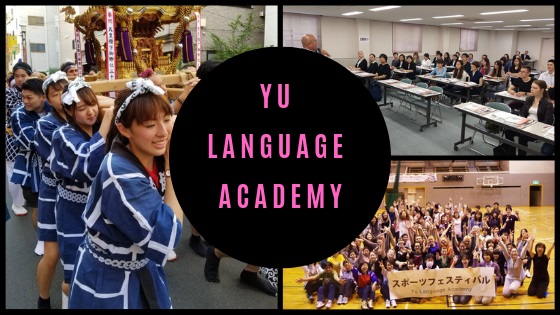 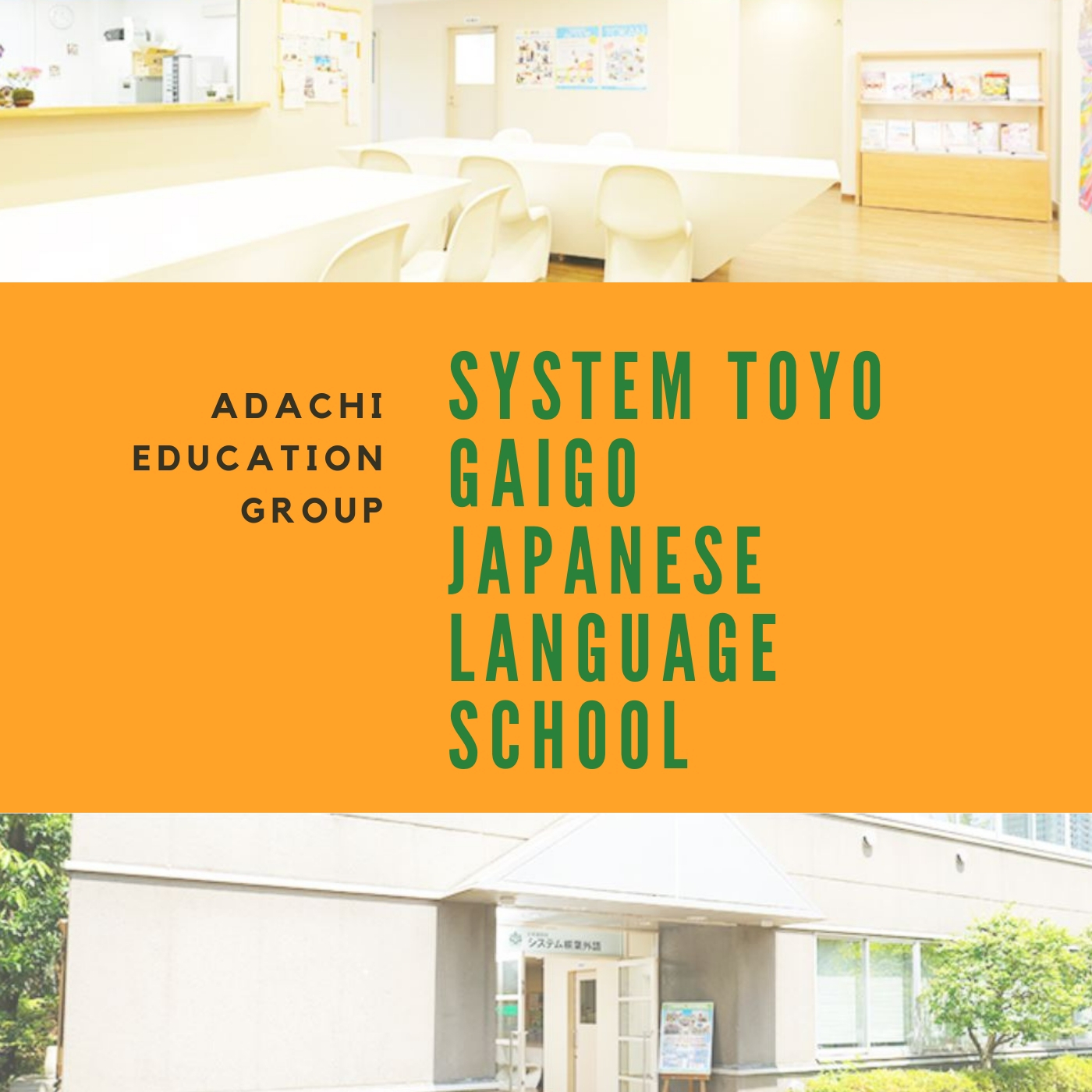 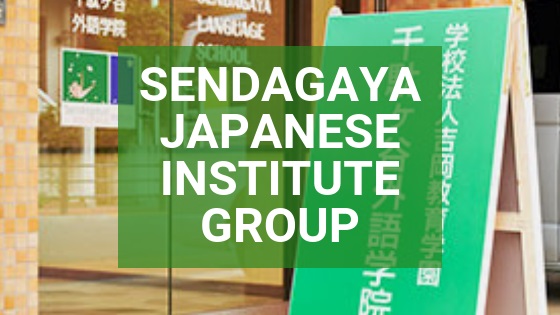 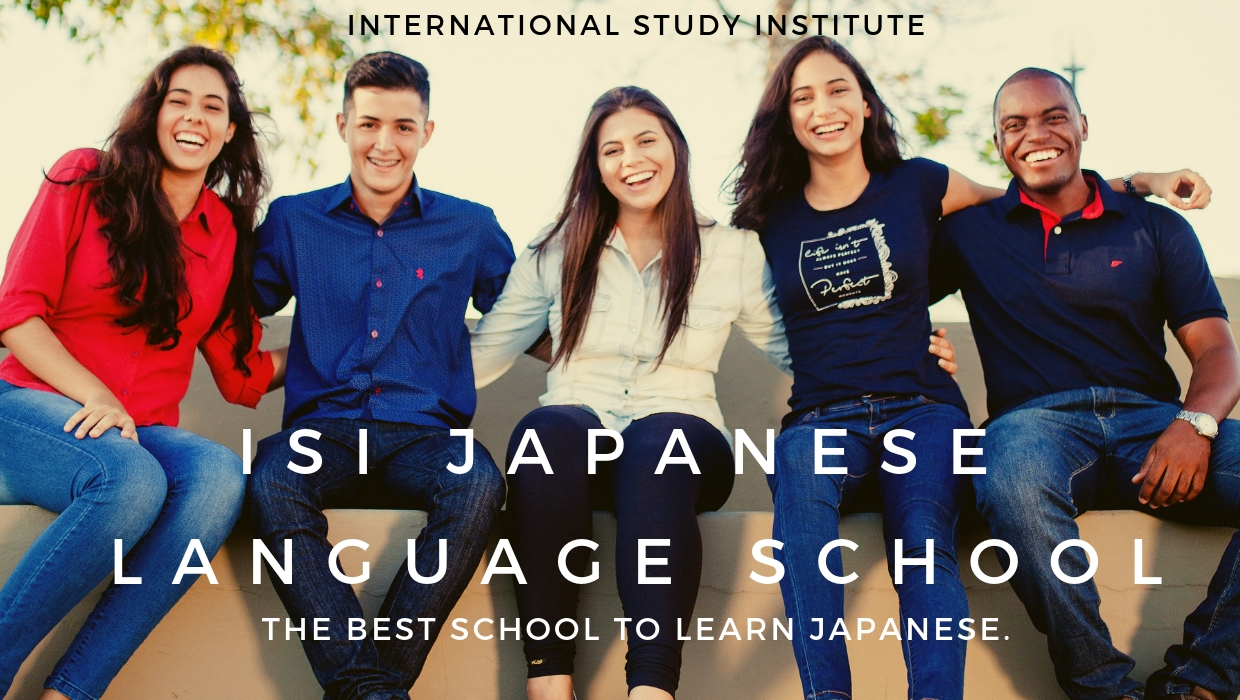 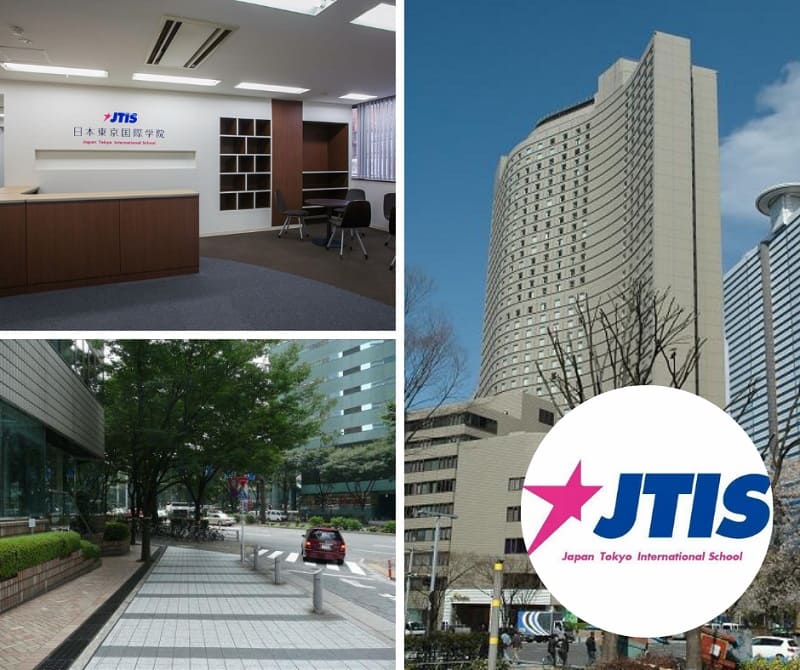 The few Dos and Dont’s While Studying Abroad in Japan 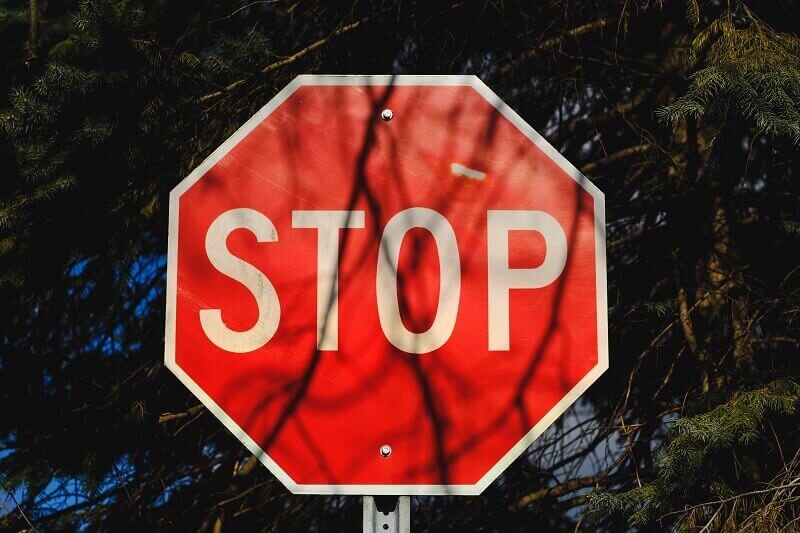 To learn more about things you should be avoided when studying in Japan, please check the link below.

What Are The 25 Things You Should Not Do in Japan?

Opportunities abound in the Land of the Rising Sun. Whether you are studying on one of Japan’s four major islands (Honshu, Hokkaido, Kyushu, or Shikoku), or exploring one of the other 4,000 islands comprising the archipelago, you will find a study abroad experience as unique as Japan’s aggregation of traditional and modern (falling somewhere between the busy Tokyo streets and the nearby zen gardens). Pack your bags now and study in Japan with the 130 million locals of Japan, you’ll need to secure a passport and your student visa. 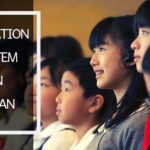 Working Holiday Japan Visa: How To Get It? 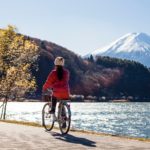