Education is believed to be the key to understanding and the road to success. That is why each country aims to give the best methods of teaching to unleash their students’ full potential to make a difference in the future. No doubt, Japan is one of those countries setting high standards in terms of education.

Interestingly, Japan leads in numeracy and literacy skills all over the world. Based on the Program for International Student Assessment (PISA), they ranked number four (4) in math, science, and reading worldwide. In TIMS (Trends in International Mathematics and Science Study) series of assessments, Japan’s fourth- and eighth-grade students have consistently ranked in the top five globally in both mathematics and science. Their impressive educational achievements attract us to understand more about their educational system.

Early education in Japan started in some form during the 6th century through the introduction of the Chinese system of writing along with the teaching of Buddhism. By the end of the Heian period, there were schools established by the nobility, in the capital and provinces. Learning becomes more widespread during the Edo period or Tokugawa period, which later left a valuable legacy in the education of Japan. Rapid transition of formal education was visible at that time, where they emphasized morality and included both military and literary studies. Not only reading and writing were part of the teaching, as well as arithmetic, calligraphy, and use of the abacus. Both elite and ordinary people received an education, which then resulted in an increasingly literate population. Temples became schools during this period, and by the end of the period, there were 11,000 schools, attended by 750,000 students.

The education system in Japan started to reform after the defeat in world war 2 in 1945. A new constitution proclaiming pacifism that banned the three subjects which had encouraged militarism, namely Morals, Japanese History, and Geography, and the textbooks in these subjects were also eliminated. There were many reforms carried out during the post-war period that includes the establishment of boards of education, a single-track system, known as the 6-3-3-4 system, the abolition of Traditional Japanese Schools, and the establishment of a university-based pre-service training system, and so on.

As the reformation in the education system advances in 1962, they began establishing colleges of technology to provide training to workers that were in-demand at that time due to the rapidly expanding industrial sector. Since then, colleges were scattered throughout Japan and even continue until today. College of technology in Japan or known as Kōsen Colleges of Technology, is a 5-year training, focusing on engineering, and mercantile marine studies.

The 1990s marked the introduction of unified secondary education schools. This widespread change of the education system in Japan influenced by the German educational system (faculties) and the US system (general education, at the higher education institutions).

During 1980, they centered their attention on how to internationalize their higher education. Due to this, international students need to complete a Japanese language test to be able to study in Japan. There were increased in the proposed number of study programs, which include the English language due to modern internationalization strategies.

There were various programs implemented brought by the internationalization, such as CAMPUS Asia – an exchange program between Japan, China, and South Korea, whose purpose was to build up students’ mobility. One of its projects, called Reinventing Japan, aimed to help in building a connection between Japanese HEI and foreign HEI.

Another project launched in 2009, the Global 30 Project. That implemented different approaches to internationalize the academic system particularly, at the Master and Doctoral level. The project also aimed to create quality services for international students.

MEXT or Ministry of Education, Culture, Sports, Science, and Technology is responsible for all education in Japan. MEXT distributes guidelines for the national curriculum of primary, lower, and upper secondary school Education. Besides, it continuously offers a scholarship for international students who wish to study in Japanese universities. It shows that MEXT continues to improve the education system in Japan until today.

To learn more about MEXT, please click the logo. 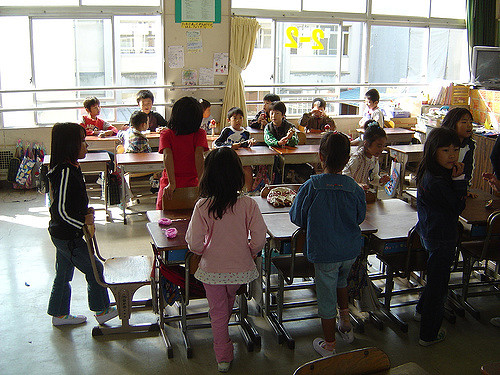 Grade school or elementary school and junior high school is compulsory for Japanese nationals. By the end of January, the family whose child qualified for the next school year enrollment will get a notice from the municipal office ( city hall). Usually, in Japan, the school year begins in April, and classes are from Monday to Friday or either Saturday. And most of the elementary schools have no admission exam.

Elementary Schools composed of different academic subjects such as the Japanese language, social studies, arithmetic, and science. There are non-academic subjects also like art (including Japanese calligraphy), handicrafts, music, traditional poetry, homemaking, physical education, and moral education. Moreover, they often used information technology to enhance education. Therefore, most schools in Japan have access to the internet.

As of 2012, there are 3.5 million primary school students in Japan. In junior high school or lower secondary school, it has an average of thirty-eight students per class. There are assigned teachers in each class. Lower secondary school teachers also use technologies as a tool in teaching such as radio, computers, television, projectors.

The juniors’ curriculum covers the Japanese language, social studies, mathematics and science, and also music and physical education. Students, in general, are exposed to industrial arts and homemaking.

MEXT noticed that teaching of all foreign languages especially English needs improvement. And to improve instruction of spoken language, the Government invites some young native speakers of English to serve them as assistant teachers. Today, the program is growing, and English is becoming a compulsory part of the elementary school. 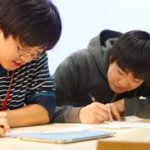 First-year programs include basic academic courses, such as Japanese language, English, Mathematics, and Science. Vocational-technical programs include several hundred specialized courses, such as information processing, navigation, fish farming, and business. There is also training for disabled students, particularly at the upper-secondary level, to teach students how to be independent within society.

There are four types of institutions in Japan which is, the higher education in Japan provided at universities, junior colleges, colleges of technology, and special training schools and community colleges. At the top of the higher education structure, these institutions provide four-year training leading to a bachelor’s degree, and some offer six-year programs leading to a professional degree. The nation’s prestigious schools are the most appealing for students seeking to gain top employment anticipation. The majority of college students attend full-time day programs.

In early 1990 there is almost 40 percent of all undergraduate students, were in the social sciences, including business, law, and accounting. Other popular subjects were engineering, humanities, and education. Student works part-time or borrows money to the government-supported Japan Scholarship Association to discharge their expenses.

Japan’s higher education provided by both universities and junior colleges. Its method of acceptance is different from other western schools such as they based on entrance exams, not GPAs (Grade Point Average). Furthermore, few undergraduate students of the non-science course will proceed to graduate school, only those who want to work in academia. But during the 21st century, it has evolved a little in which the government requires those who become lawyers to attend a graduate school. And also, the business schools are available in some major universities. As the Japanese economy grows, there is a higher demand for workers who graduated with higher education.

There are numerous courses offered in universities such as in the field of Medicine, Business, Information and Communication Technology, Engineering, and more. Some study options you can choose from as shown below.

High school grading system using a numerical grade from 5 to 1. The highest or excellent is number 5 while the lowest or fail is number 1. On the other hand, national universities mostly used a 4-scale grading system with A, B, C, and F. The highest is A while the below-average students are given an F but can do some retakes in the next semesters.

Click here for the full view of Grading System Of Japan

Every country has it’s own system in education to enhance the skills of their learner from the lower level to the higher level, and Japan is no different. The country’s educational system maintains a high academic standard by enhancing the quality of all programs at all levels. They will no doubt continue to produce excellent students, not only today but also in the future.

Scholarship in Japan for International Students

Why You Study Abroad in Japan?