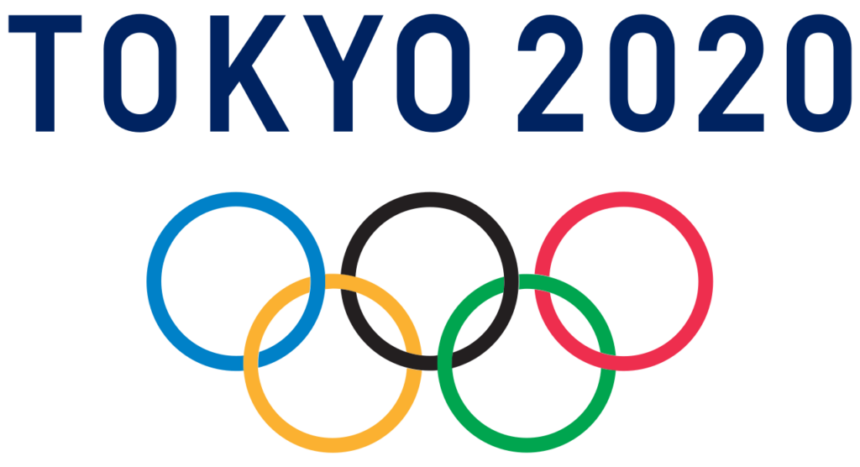 Tokyo 2020 Olympics also known as the Games of the XXXII Olympiad is the upcoming phenomenal event in the world of sports. The government presumed to have 20 million foreign visitors. As a result, Japan has been doing enormous preparation and even taking risk of huge investments. Because hosting such an event may bring a positive impact on the economic development of the country.

Becoming the host country of the Olympics is not their first time, the history revealed that Japan hosted 3 Olympics from the past. Twice for the winter Olympics in 1972 and 1998 and once for the summer Olympics in 1964. To think Japan was the first-ever Asian country hosted the Summer Olympics that had taken place in Tokyo. And this coming 24th of July to the 9th of August 2020, Olympic will be happening again in the same venue.

Now, let’s unveil some of Japan’s preparations for the upcoming summer Olympic.

Construction of the Venue

There will be two zones of venues. The Heritage Zone located within the central business area of Tokyo has seven sports venues. It is the same zone from the 1964 summer Olympics. The other venues are in Tokyo Base Zone that excellently located in the vicinity of Tokyo Bay, southeast of the Olympic Village will cater to 15 games.

After demolishing the National Stadium in Shinjuku which was used for the 1964 Olympics, a new stadium is being built until the expected due date. This stadium is to be used for the opening and closing ceremonies as well as being the venue for the track and field, Paralympics and football events.

The Japan Sports Council announced Kuma and the Taisei Corporation to design and construct the said facility. The reconstruction of the new stadium began in October 2016 and expected to be completed by November 2019. Afterward, it will be handed over to the International Olympics Committee for some preparations and test events.  Having a new name as The New National Stadium with the capacity ranges from 68,000 to 80,000 seats.

Aside from the National Stadium, eleven new venues are being constructed. As a result, the total cost for the construction of the venues could exceed 25 billion US dollars.

Another thing Japan is preparing for is how to counter the heat during the event. Since July to August is the summer season in the country, so it is expected to have a temperature of 30-41 degrees Celsius.

In order to control the heat, they able to come up with these impressive designs, the ‘mist-spraying’ and the ‘heat-blocking technology.’ The heat-blocking technology such as the solar heat-blocking pavements reflects the ultraviolet rays and heat which help reduce the temperature up to eight degrees Celsius. And nano-sized particle spray forming a misty shower to provide relief from the dry summer weather.

Besides those heat-control ways, some events are scheduled in the early morning like Marathon to avoid athletes being exposed directly to the sunlight.

Some Technological Developments and Innovations

The opening ceremony is the most exciting part of the Olympic event. Usually, the host country showcased their culture, history and more. Japan is no different, for sure they will also have a spectacular 2-hour program. It will be a colorful event and speaking of colors, expect a blast from the stunning fireworks of Japan.

Many fireworks companies in Japan are competing for the spot on the fireworks show. One of them is the research company called ‘Sky Canvas’ which proposes using space satellites and 1000 source particles to exhibit their show. Using the different colors of fireworks that will resemble the shooting stars or meteor shower. These artificial shooting star fireworks prove that the research has shown great efforts to entertain people. 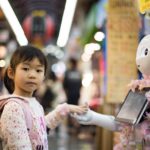 The organizing committees announced the Tokyo 2020 Robot Project to show everyone the robots’ potentials. There will be two kinds of robots lead by Toyota, Toyota’s Human Support Robot (HSR) and Delivery Support Robot (DSR). The HSR will focus on supporting PWD or people with disabilities such as showing the seats and picking up things. On the other hand, the DSR will help to serve the foods and snacks.

The government is also considering the capacity expansion of Haneda Airport and Narita International Airport. These airports will be the outlet of international flights. 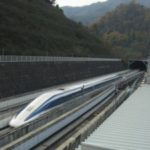 Maglev, the world’s fastest train are announced to have its debut in the Summer Olympics. This train breaks the speed record of other magnetic levitation trains used in other countries like China and Germany. It has a speed of 603 kilometers per hour.

In collaboration with the Japan Environmental Sanitation Center and NTT or Nippon Telegraph and Telephone, the Olympics Organizing Committee formed a program to materialize the plan of making medals recycled gadgets

The program accepts people’s donations of old electronic gadgets like cellphones, so there are collection boxes deployed at public locations and NTT retail shops. Reasonably, they need enough amount of metals in forming bronze, silver and gold medals.

The Japanese known sportswear company ASICS is manufacturing uniforms for the country’s national team. They will use 30,000 donated clothes with the goal of reducing the environmental impacts of emissions. Collection boxes are distributed to their stores.

To accelerate the completion of the Central Circular Route, Tokyo Gaikan Expressway, and Ken-O Expressway, funding is also planned. Yurikamome automated transit line is planned to be extended passing the site of the Olympic Village.

NTT Docomo and Nokia signed a deal in order to provide a 5G-ready baseband network while the Olympics is ongoing in Japan.

Currently, automakers such as Toyota are investing in hydrogen-based fuel cells. These cells will be used for new cars. The new cars will not use the typical gasoline but will use hydrogen-based fuels which will reduce environmental damages. To do this, infrastructures like hydrogen stations must be nearby the Olympic village.

A new railway train will be linked to Haneda Airport and Narita International Airport to cut travel time. The travel time will be approximately 18 minutes from Tokyo Station to Haneda and 36 minutes from Tokyo to Narita. This line is said to be funded by private investors. Also, East Japan Railway Company is planning to build a new route going to Haneda.

The country is aiming to release this project with the goal of driving tourists during the Olympics. This innovation is being tested for the time being. This will feature convenient transportation for the visitors though having no driver.

The Wonder Japan Pass will act as an entry to the stadium, hotels, valid ID and payment system.

Panasonic will install thousands of cameras and sensors to provide security in the stadium.

There will be an app for smartphones that will help spectators locate their seats in their mother-tongue.

After entry using the Wonder Japan Pass, this technology will verify the face of the ticket holder upon entry.

It begins last September 26, 2018, where the Organizing Committee of the Olympic accepted applications from the volunteers. They flooded a total of 204,680 applicants to participate in the volunteer program both coming from domestics and overseas. It is beyond their expectations. The volunteers residing in Japan and overseas completed the orientation already and the training period will begin in June 2019.

There are two types of volunteers were recruited, the Game and City volunteer. What is the difference between the two? The Game-volunteer will help in the Game operations while the City-volunteer will provide support in the Games spectators and tourists who will come to attend the event. Without a doubt, the success of the event will also depend on the support of every volunteer.

A precautionary measure must be taken place before the actual event. So a dress rehearsal or ‘test events’ is necessary to confirm the safety of every participant and the success of the games. “READY STEADY TOKYO” is the official brand name and logo of the test events Tokyo 2020 will be organizing. Fifty-six (56)  test events held in different locations depending on the sports and disciplines. 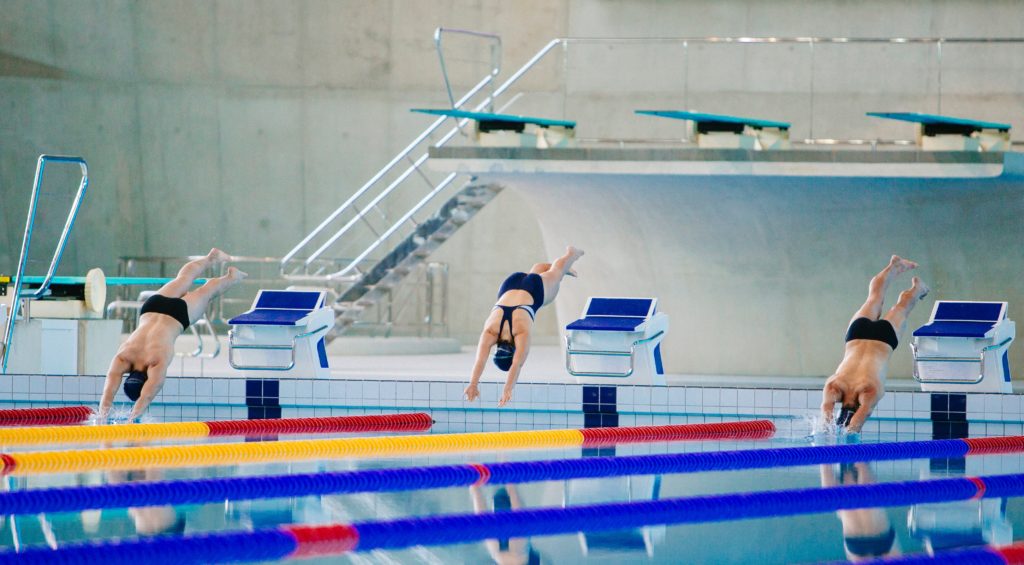 Tokyo 2020 Olympics is indeed an exciting event to witness mainly because of the great efforts Japan has extended. All of the innovations, newly-constructed facilities and kind volunteers that will surely complete the happiness and the history of the sports world. Worldwide will be expecting for this upcoming event to unfold safely and successfully.

Do you want to witness the 2020 Tokyo Olympic? Check out for these nice and affordable hotels in Tokyo. 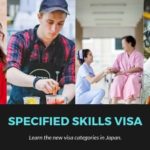 How to Pass JLPT N5? 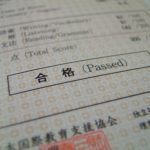